This year (2020) marks the 40th anniversary of the formal recognition of Posttraumatic Stress Disorder (PTSD) as a mental health disorder, in the Diagnostic and Statistical Manual of Mental Disorders (DSM). To recognize this event, the Canadian Institute for Public Safety Research and Treatment (CIPSRT) has produced a video that documents the progress society has made in our understanding of PTSD.

We have come a long way in forty years and we understand more about the effects PTSD has on Public Safety Personnel (PSP) in Canada. Please join CIPSRT in sharing this video and recognizing June 27th, 2020 as PTSD awareness day in Ontario. Through our combined efforts we can increase PTSD awareness and reduce the stigma for PSP facing PTSD.

What is Posttraumatic Stress Disorder?

Posttraumatic Stress Disorder (PTSD) is a group of symptoms people might develop after experiencing a potentially traumatic event.

There are four types of PTSD symptoms a person might experience after being exposed to a potentially traumatic event.

Many people can experience some of the above symptoms after a potentially traumatic event; nevertheless, for most people the symptoms fade within a couple weeks.

If someone experiences several of the above symptoms from each of the four groups for longer than a month, and the symptoms are extremely distressing or interfere with work, relationships, or other important areas of life, they may be experiencing PTSD and may benefit from appropriate mental health care.

What is a potentially traumatic event?

When a mental health professional is evaluating whether someone has PTSD, they often consider the experience or situation thought to have triggered the symptoms. A traumatic event is different than normal daily stress or pressure. Potential traumas usually involve experiencing or witnessing severe injury, feeling that your life or somebody else’s life is in danger, or witnessing an intentional or accidental death. Events such as natural disasters can also be traumatic.

The kinds of potentially traumatic events that can lead to PTSD are often experienced in person-but not always. For example, some work involves repeated exposure to stories of injury or death, such as being a call-centre operator for 911 or a crime scene photo developer for a police unit.

What can leadership do to support mental health?

During a recent town hall as part of our CIPSRT COVID-19 Readiness Resource Project, we had an expert and a public safety personnel (PSP) leader talk about the importance of leadership in caring for PSP mental health. To learn more about what leadership can do to build a strong and healthy environments for PSP mental health you can watch the video below:

Story from the Front Line

Constable Derrick Fox has been a uniform officer serving in both Moose Jaw and Regina for 13 years, and for the last eight years serving as a member of the canine unit with the Regina Police Service. By sharing his PTSD story, Cst. Fox has not only empowered himself, but has given others the courage to seek help. Watch his story below. 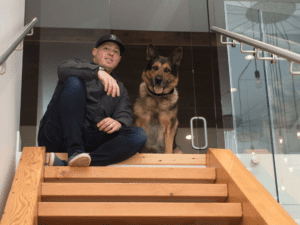 Research that explores exposure to trauma, PTSD and treatment in PSP

Want to know more about how PSP are exposed to trauma, the prevalence of PTSD, or what kind of treatment PSP seek?
Below are lay summaries of some of the research conducted through the CIPSRT-CIHR consortium that aims to answer these questions.

I Want Help. But Not From You: Public Safety Personnel and Mental Health Programs and Support

Is Trauma Ranked? Understanding the experiences of Public Safety Personnel